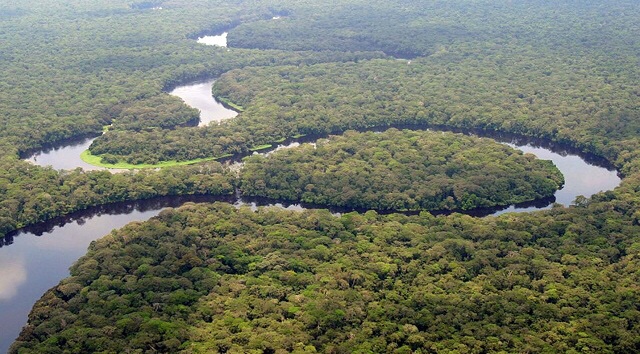 Most of us just saw a great movie, in ‘Black Panther’ that has received some great reviews. To many Black people, it’s simply a convenient feel good fictional story that will be erased from the minds in a few short years, which is kind of sad. I would like this to be a bit more than just that. Because deep down in the minds of every well informed African person out there, there’s a deep understanding that there’s nations in Africa with realistically enough resources to be the real Wakanda. I say that with very little exaggeration.

Let’s take the case of Democratic republic of Congo (Congo DR). Located in the middle of the continent, and arguably the richest country on earth, containing every precious mineral we know including uranium, cobalt, gold, copper, diamonds, and some of the worlds most fertile soil and the second largest river in the world. The place is magical. No doubt this place should be one of the many real time Wakandas in Africa. like some sort of curse, however, this country has been unable to cash in on these national resources. The rushed introduction of capitalism has come to mean that the mines are overrun by western ‘foreign investors’ and foreign companies, slowly but surely sucking this and every African nation clean and dry to the bone. The minerals are essentially given away for nothing, with the promise that that these companies employ Africans and pay taxes to the local governments. A marginally small price for them to pay. What we have here are professional thieves that have successfully disguised themselves as investors and are running the continent dry of resources. Every person of African descent should be alarmed by this.

How did this happen? African governments have been at the center of encouraging this plunder of natural resources and allowing this to happen. It’s true that a lot of African leaders are corrupt and connive with the ‘foreign investors’ and that’s how this has been allowed to go on. People like Jacob Zuma, the former South African president, are a sad example. That’s the simplest explanation but not the only one. Along with these corrupt African leaders that definitely exist, there have been great leaders with amazing vision. In the mid 20th century Lumumba emerged from the DR Congo as the visionary leader who was going to lead Congo into an amazing future, and winded up being removed from power in a Millitary coup and executed in brutal fashion. We find out later in declassified documents that the CIA had a hand in it. Why? That’s up to speculation, but seriously, why would the CIA participate in the assassination of a promising African leader? The answer lies in the events that followed. The complete destruction of a potentially powerful nation.

We had other leaders like Gaddafi. Yes he was a dictator, and fine we can all talk about human rights abuses and the whole 9 yards of self righteousness and hypocrisy about how he was bad, but the fact is, many Africans saw Gaddafi as somewhat of a hero. Simply because the man had a vision for Africa. Not only did he have plans of African economic liberation, but he was actually implementing them. Some of which included the creation of a gold backed currency for Africa, that would clearly not have been in the best interest of the global banking system. Long story short, the man ended up dead from bullet wounds he took in full view of the whole world. Simply stated, non African interests will destroy anything that gets in there way of plundering Africa.

Is secrecy the answer? The fictional nation of Wakanda resorted to secrecy to survive and thrive and maybe the writers were on to something. To any African leaders watching, it looks like you can’t stand up for your nation and implement anything meaningful without ending up like Gaddafi or Lumumba or at best risk some sort of a bogus conflict in your country overnight were destabilization is the goal. In a recent example, an article in the ‘Northern Miner’ reported that the Congolese government recently approved a new tax code that will allow them to extract revenue from the mines largely owned by the ‘foreign investors’. No doubt they mine owners cried foul claiming that the level of investment will decline if that goes through. The new tax law was approved anyway, and out of nowhere came this story headline from the ‘economist’ entitled ‘ Africa’s broken heart’. Congo is sliding back to bloodshed’. What a coincidence, right? Are the two stories connected?

While I’m not a Congo expert, and this is clearly speculation, we should all be able to put two and two together. This sounds like a threat to me. It’s clear that these conflicts are not organic. African leadership and African people have been hijacked. There’s an interest to destroy any leadership in order to steal resources. The threat and use of violence, and the origin of it which in most cases are never clearly understood conspicuously looks like a tool of Modern day oppressors.

What should we do about any of this? To be honest I don’t know. However, I would like people to know that societies like Wakanda can be a reality and to achieve that we need to be brave and not fear outside interests and threats. We need to care about the continent and its future. There’s a true potential Wakanda out there in Africa and it’s not fiction.